Just finished a new painting of a cthulhu type thing.  It's acrylic paint on 16"x20" canvas.  I'll have with me in a few weeks at the East Atlanta Strut.  Come by and check it out in person... 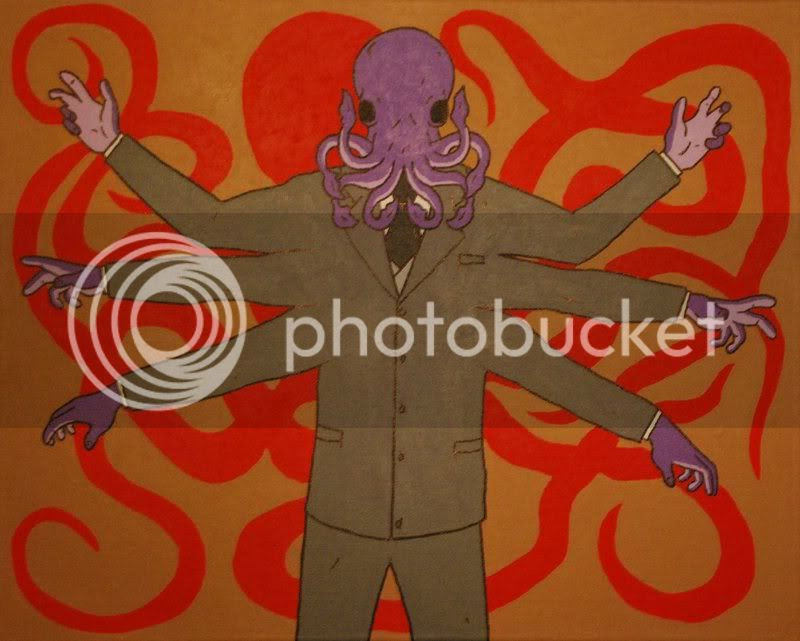 Posted by the belligerent monkey at 7:53 AM No comments:

I'm Not the Only Artist in the Family

Here's a recent drawing by my 4 year old daughter who is a big fan of Star Wars. 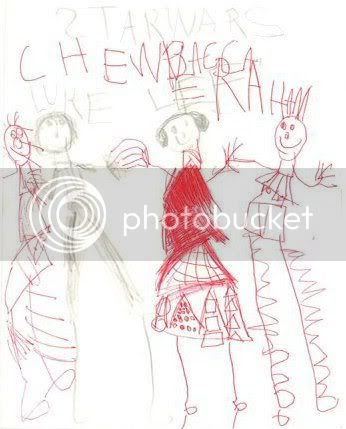 After the 1st time watching Star Wars, she told me it was so pretty when Luke and Leia got married at the end.  After watching Empire Strikes Back, she told me it scared her when Darth Vader made Han Solo flat.  Due to our skipping of some of the scarier scenes, she still wonders what happens to "Obi-Nobi" and why he looks funny in Empire Strikes Back and Return of the Jedi.  She thinks the "chorm-stoopers" are not nice.  And recently she's been requesting to watch the one with the bears in it.

Read more »
Posted by the belligerent monkey at 7:34 AM No comments:

New Addition to the Family

A week ago today, the Belligerent Monkey family grew by 1.  These are the 2 best things I've ever had a hand in creating. Unfortunately they take after their dad... 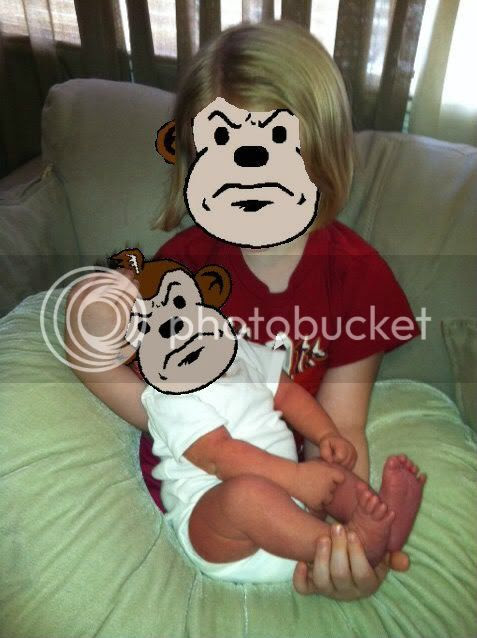 In honor of this joyous occasion, I'm re-posting the updated version of my family print.  I'll be painting this soon to replace the one above our bed.

Posted by the belligerent monkey at 7:47 AM No comments:

I just finished up a set of 4 commissioned paintings.  They were the day of the dead style musicians I painted a few years back.  You can see the originals hanging behind the bar of Dakota Blue and I have prints/magnets of them available too.  These are all acrylic paint on 16"x20" canvas. Huge thanks to the person that commissioned them. As always, if you're interested in a commissioned piece just let me know. 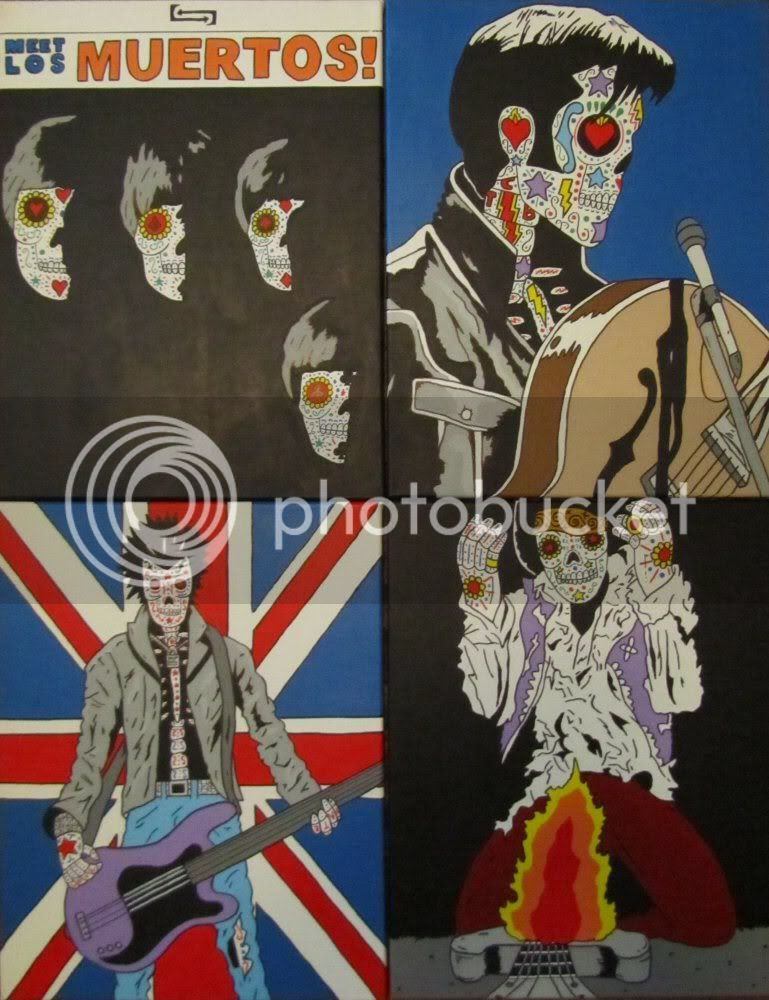 Posted by the belligerent monkey at 7:50 AM No comments:


I just found out that I was accepted into the artist market of the East Atlanta Strut.  This will be my 6th or 7th year there.  This festival is always my favorite because it's a blast and it's 3 blocks from home.

Posted by the belligerent monkey at 7:41 AM No comments: