Dragon*Con 2012 was a blast. Even though I'm still in recovery mode, I can't wait for next year (and have already booked the hotel room).  Here are some of the things I saw/learned this year.

George Perez is the nicest/awesomest/best comic book artist in the world.  He is always very nice and seems to genuinely have a blast at the convention wandering the hotels and taking photos with fans.  On top of that he's one of the all time greatest comic book artists out there and I'm lucky to have gotten some convention sketches from him. 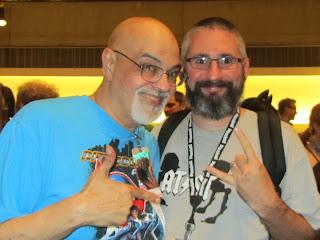 Georges Jeanty is pretty great too.  I picked up a couple of his Buffy prints last year. 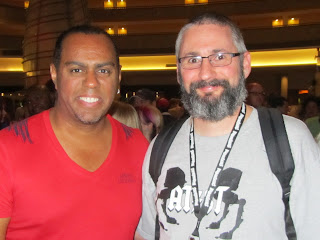 There was a great representation of Atlanta artists including Third Half Studios, UrbnPop, Derek Yaniger, Red Rocket Farm, and HC Warner.

I ended up with Derek's Dragon*Con 2012 print below (image stolen from Needless Things' Dragon*Con writeup which is similar to this one only much better written). 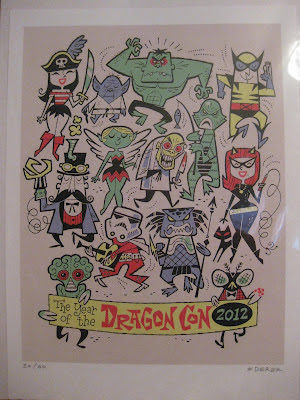 I picked up my copy of Urbnpop's new book with a certain handsome someone on the cover whose beard isn't nearly that gray. Hero Squares make some awesome art and we ended up with these 2 Dr Horrible prints mounted on canvas. We picked up one of Red Rocket Farm's SplatBot pieces.

DCW is a blast and they officially know us. 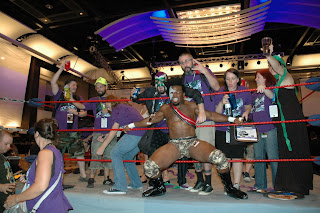 It was another great year but it wore me out.  I still need a couple more days of recovery.  Until next year, go Team Venture! 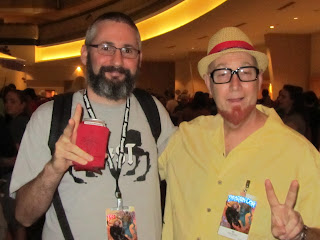 Posted by the belligerent monkey at 7:45 AM