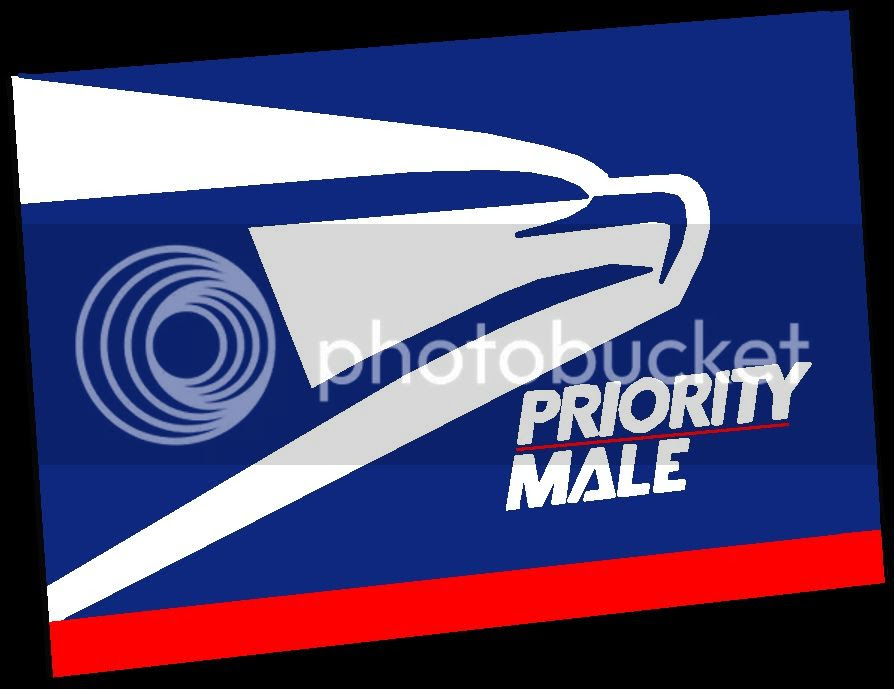 All She Wrote :This actually started as an honest attempt to play music.  It never got further than me on bass and a friend on guitar learning some Bad Religion and Dead Kennedys songs though.  This was a side project to the next band.  At the time my friend worked at a printing shop and printed a bunch of fliers of this: 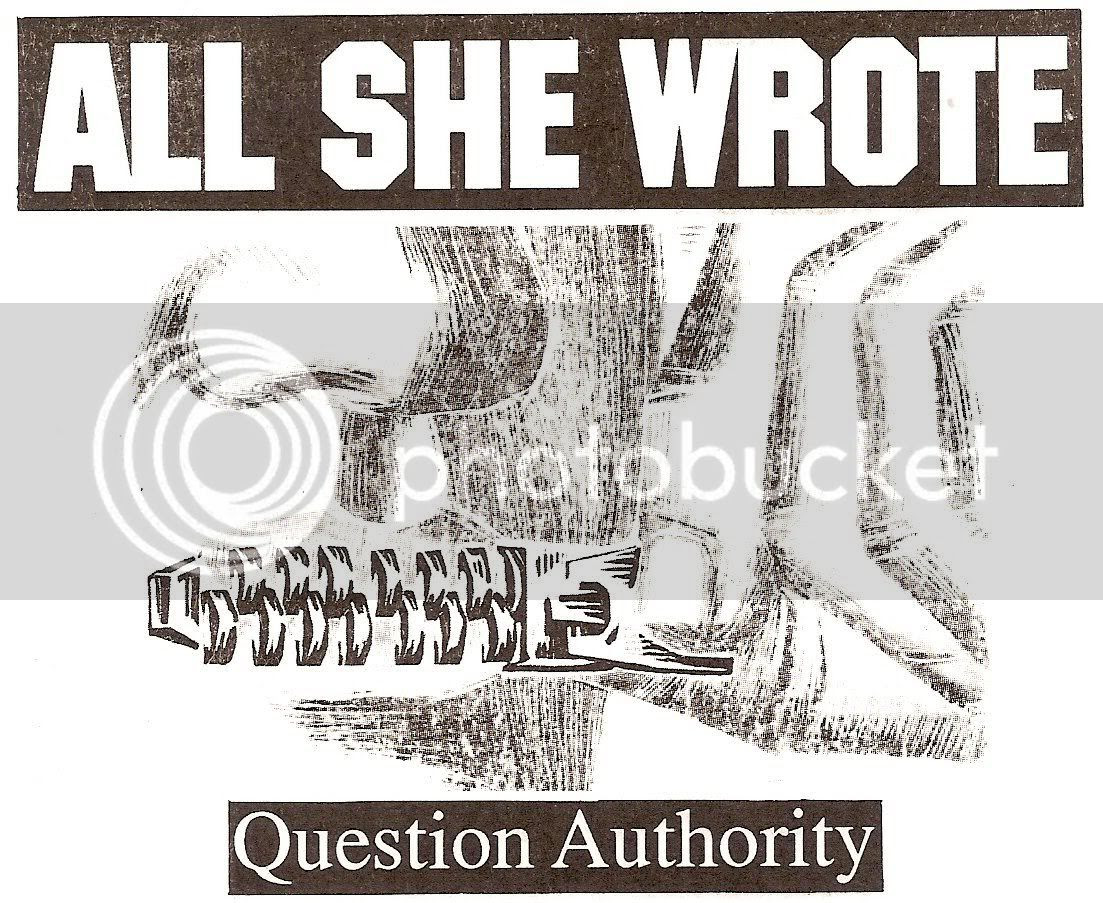 Anal Jesus : The whole point was to have a band with the most offensive name possible. The thought process was that a lot of people would show up to either see or protest a band with this bad of a name. A member actually went so far as to copyright the name because he was afraid they rest of us would steal it. We had a few practices but the lack of a drummer wasn't balanced out by the crappy Screeching Weasel and Black Flag covers that we learned. Here's a flier I drew up for a fictitious show (note the punk rock): 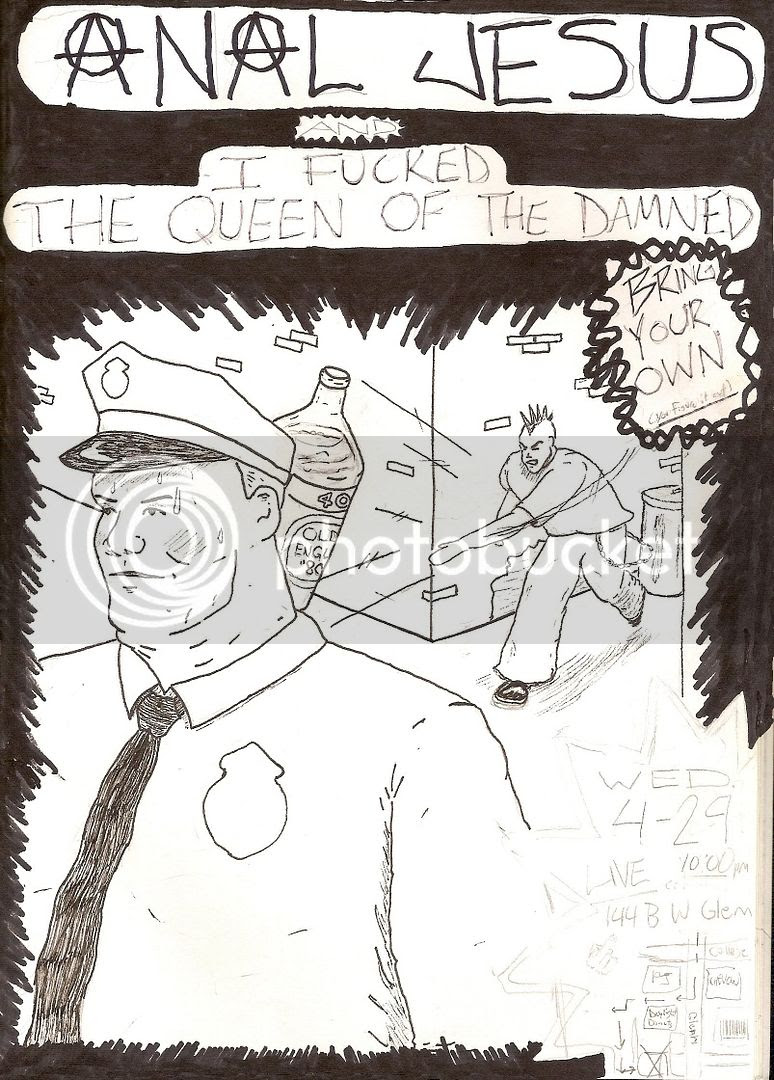 The Wannabes and Never Wills : This band was completely made up. In theory it was a 3 piece Ramones/Screeching Weasel type band. I never came up with a logo but it did however provide me with alias that I used for a few years. I was Adam Wannabe (with an as-yet-to-be-determined band member named Never Will). I used the name to put out a few okay to kinda shitty zines (I'm cleaning out some old stuff and depending on how embarrassing these 10 to 12 year old zines are I might scan and post them) and my 1st email address (a.wannabe@mindspring.com).
Hobart : This was/is a pretty large fake band with the basic premise of being a very talented but very unlucky band. Our imaginary singer always got into some kind of trouble (arrest, over dose, family crisis, etc.) which caused us to cancel our show. We did get a real band to give us a mention when American Steel apologized to the crowd at the Earl  that we couldn't open for them because of our lead singer's unfortunate arrest that afternoon for public drunkenness. I believe I played the triangle.
No Talent Ass Clowns : This is the closest to a real band as I've been in because we actually played a show. I really should put show in quotation marks because it was just a party where we banged on some instruments for a bit. The whole idea behind the band was that we sucked.  Badly. We actually kicked out a member because he was too talented (check out his real and talented band here). We all sucked with the exception of our lead singer. Riddle was an amazing front man with a fantastic metal yell and the ability to make up lyrics on the fly (Power Drill was a bona fide  hit). Here's a logo featuring Riddle as our official mascot: 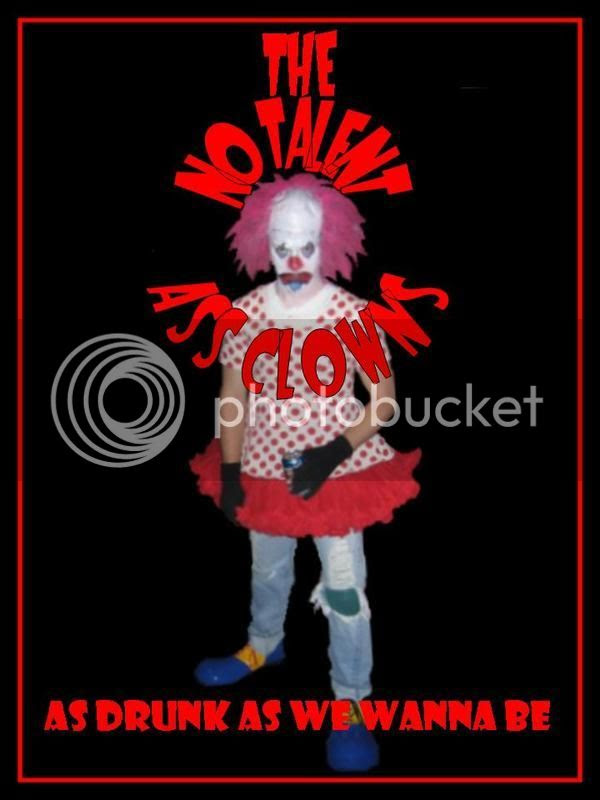 I was recently invited to join the fake band Offensive Racial Stereotypes but haven't officially accepted...
Posted by the belligerent monkey at 7:59 AM