Here's a new-ish painting I finished recently.  It's acrylic paint on a 16"x20" canvas. 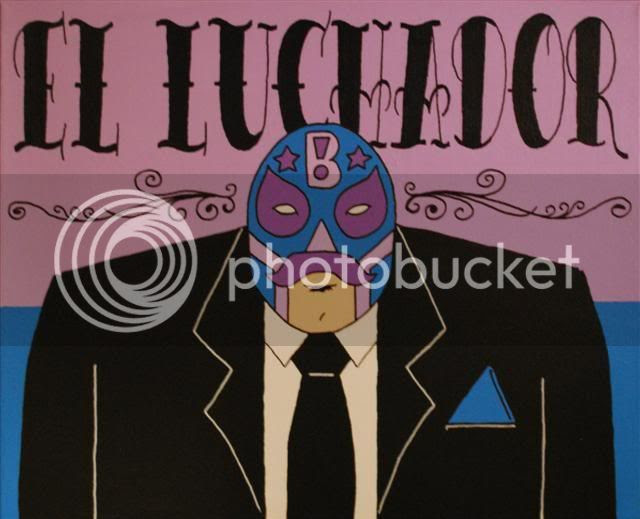 I had it ready just in time for the EAV Strut a couple of weeks ago.  I had a few people stop and ask if I was channeling my inner Phantom Troublemaker.  Originally this was going to have the Mexican flag as the background.   After I painted it (from memory), I realized I had actually painted the  Hungarian flag.  Whoever ever heard of a Hungarian luchador?  So much for using visual references.  So I ended up using colors from the mask instead.  There is a line in red sharpie just under the wording that's got to have at least 6 coats of paint on it before I was able to cover it up.  The day after drawing the B! logo it occurred to me that I may have just invented the Big Lots logo.  Luckily I hadn't (visual references!).  I have another painting using the same character that I'm just about finished with.  It turned out pretty well and I'll post it as soon as it's done.

Posted by the belligerent monkey at 7:52 AM