re: Days of the Dead Atlanta

I'm finally recovered from this past weekend's Days of the Dead - Atlanta convention.  While I had mixed opinions on some things, I had a blast attending and met a lot of great people.  Thanks to everyone that I met.  If we talked about a commissioned piece or something to grab later, please send me an email. 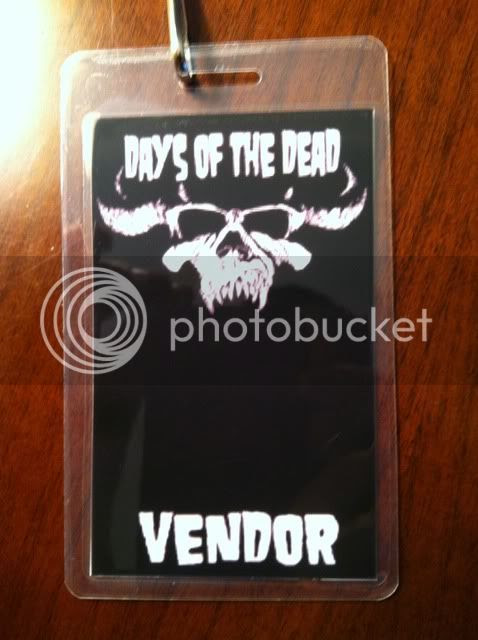 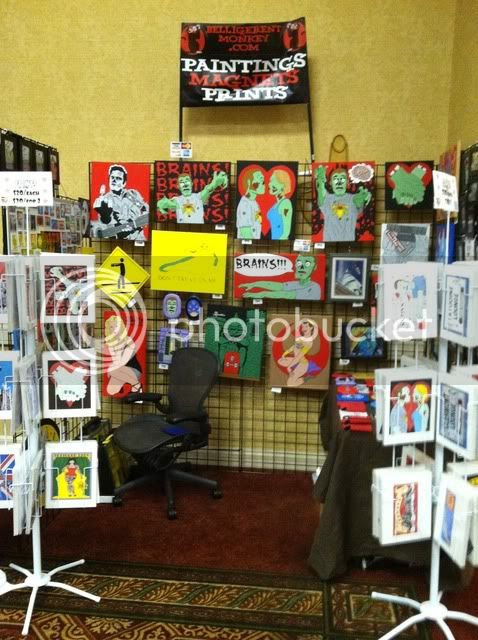 It was a very diverse crowd with attendees and vendors from all over the country.  They definitely went for an all night experience after the vendor and celebrity rooms closed.  Unfortunately my obligations as a vendor kept me from staying out too late both nights.  I did meet a few people that were apparently big fans of "staying awake".  And your typical drunken shenanigans ensued throughout the weekend.  I was in the bar Friday night when someone pulled the fire alarm and multiple fire trucks showed up.  And apparently sometime Saturday night one of the elevators was filled with furniture including chairs, tables, and a lamp.  I had a great time hanging out with my wife and our friends.  Highlights included the starlit walk down Rapey Lane to dinner, my wife's $18 vodka drink at the hotel bar, Rowdy Roddy Piper's standup, and the really drunk guy with the cloudy smelling drink.


During the day I really wasn't able to wander too much.  I popped into the celebrity room once or twice just to see who was there.  I went through the toy room a few times.  I grabbed a couple things from Galaxy of Junk for my daughter.  They had a GI Joe USS Flagg set up and I wish I had gotten a photo of it.  That thing is pretty damn impressive in person.  On Saturday I noticed someone was going through my prints in the spinner rack, they mumbled a compliment, then walked off.  At that point I realized I could add the following testimonial to my website.

As usual, I met a lot of great artists/vendors.  Here is some of the awesome stuff I saw and/or came home with! 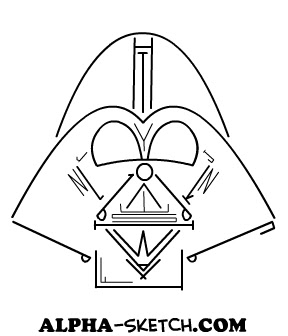 Brad uses all 26 letters in the alphabet just once to create some amazing art.  I came home with a Vader, Boba Fett, and an AT-AT.  Can you pick off all the letters?
Diamond Star Halo 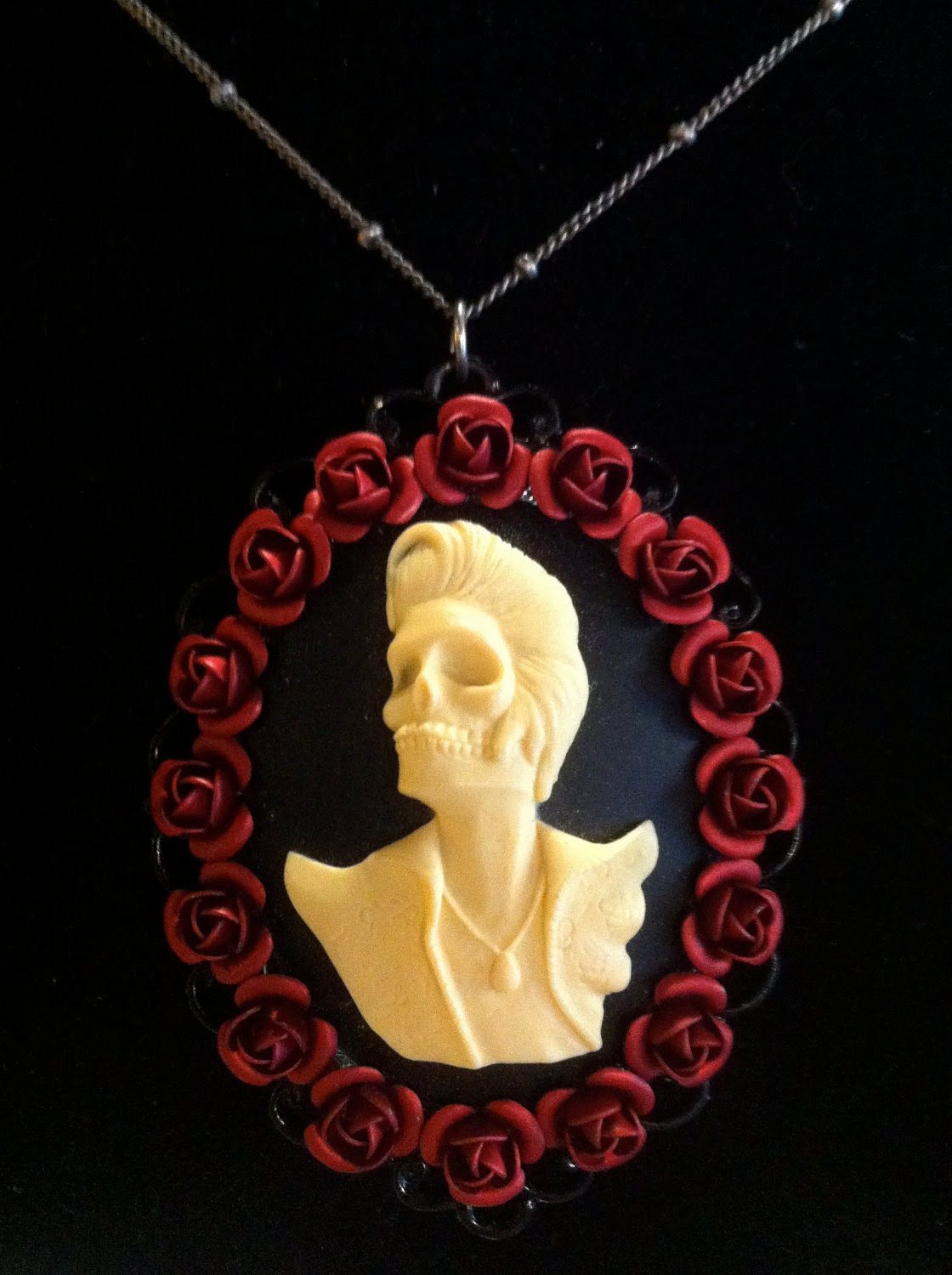 Saw some awesome jewelry and accessories by Diamond Star Halo.  She was one of the few local vendors.  Almost everyone else was out of state it seemed.  Check out her stuff!
Little Dead Things

They had some great stormtrooper candles that I was tempted by but ended up with this luchador inspired print.  Great stuff.
HorrorMerch 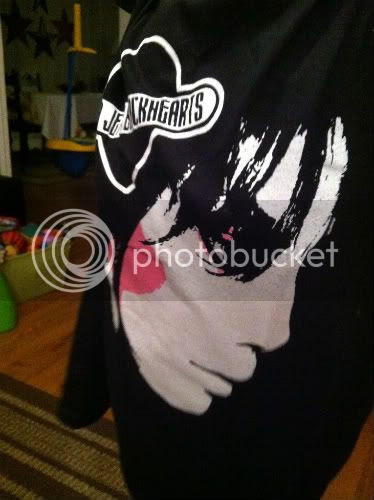 I brought home my daughter a Joan Jett shirt.  She's a huge fan.  She has the Joan Jett Barbie and is always asking to watch her on our phones (youtube).  It's a little big but she's wearing as a pajama dress for now.
London 1888

They had some cool stuff.  I really liked the zombie-fied Mall Rats print.
One of my least favorite things about the convention was that it was not located in Atlanta.  Even though it was billed as Days of the Dead - Atlanta, it was actually in Peachtree City (which is a good hour south of town).  Thankfully I heard a rumor on the last day that they have already secured an in-town spot for next year.  If true, this means I will definitely be back! 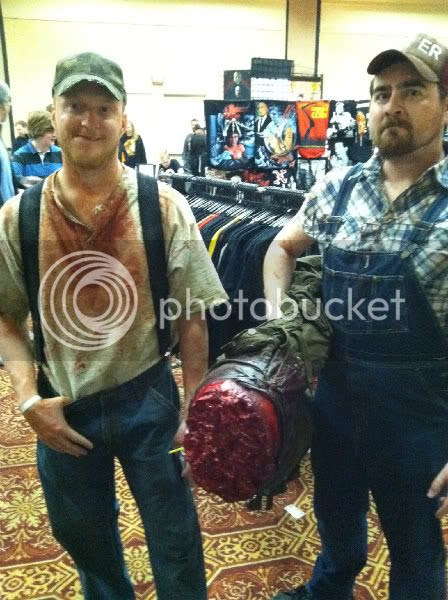 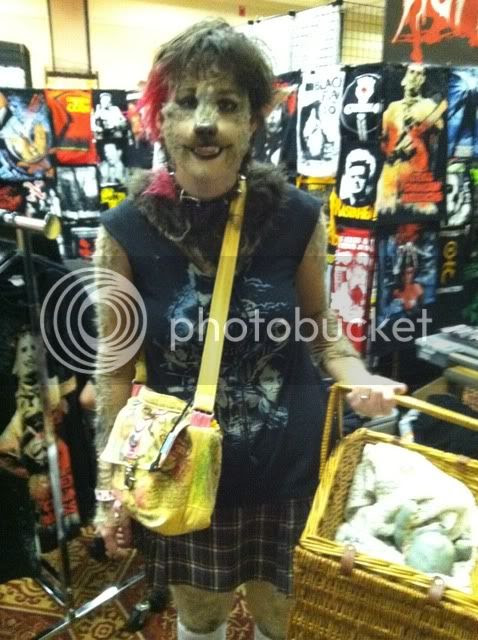 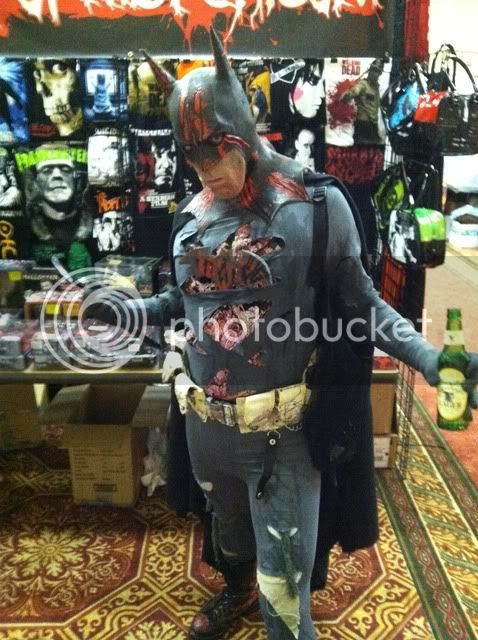 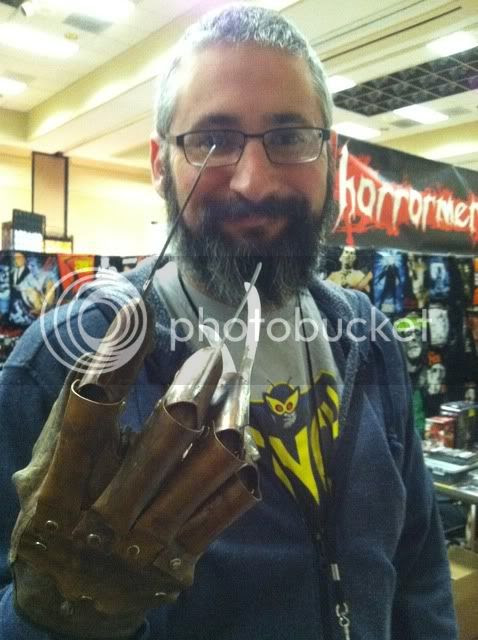 Posted by the belligerent monkey at 7:27 AM