When Wizard announced they were adding Atlanta to their convention schedule, I was excited.  It would be Atlanta's biggest true comic book convention.  Dragon*Con is a great and all but comics are just a small piece of the convention.  I got my 2-day pass really cheap because I ordered early.  Because of too many things going on this past weekend, I was only able to go on Sunday. 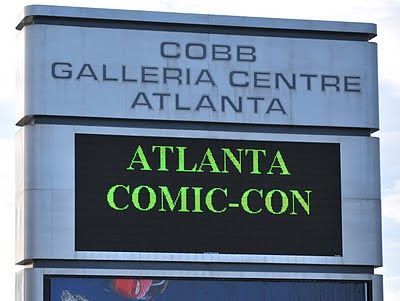 I got a little late start and showed up right around noon.  Any fears of long lines quickly disappeared. 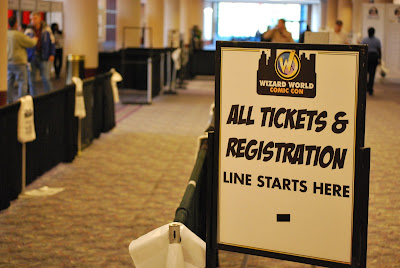 So basically the exact opposite of Dragon*Con.  The whole convention was like this. In general it seemed like it was lightly attended.  There didn't seem to be a wait for anyone and at times the artists/actors were just sitting there by themselves waiting for someone to walk by.  I tried to go to a comics panel but it was canceled since no one was there.
I did make it to the Walking Dead panel.  It apparently was the most attended panel of the weekend (and even then there were empty seats).  It was a Q&A with the stars of the show and included a 5 minute preview of a "making of" feature for the eventual DVD.  The word stars probably should have been in quotations since the only people there were zombies/extras from the show + the kid that plays Carl. 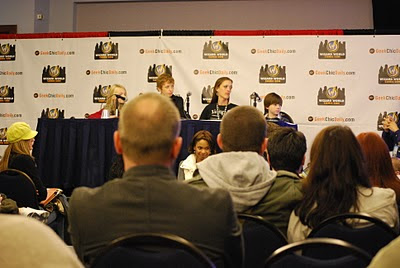 Some of the notable zombies were the little girl from the gas station, the hands from behind the door at the hospital, Morgan's wife, and bicycle girl from the park.  Even without the star power, it was pretty interesting to hear behind the scenes stories from the filming.
The artist area was pretty big and had a lot of great artists. Unfortunately I didn't have much money to spend or much open wall space at home.  Some of the nicest ones I met/saw were Chris Hamer, WiL-Woods, Greg Horn, Mike Grell, Arthur Suydam, Humberto Ramos, and Bill Sienkiewicz.  I really liked WiL-Woods' Death Star Reflections print.

There were a lot of actors there too.  I'm just not a big fan of autographs or paying money for a picture so I just walked through on the way back to the artist area.  I did steal a quick pic of Henry Winkler talking to Robert Maillet. 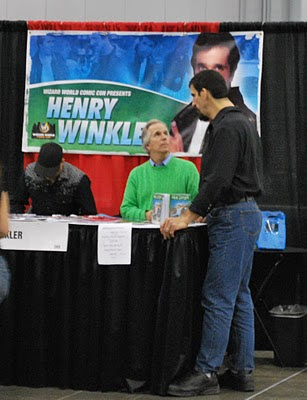 All in all it was an okay convention.  It definitely was not worth 2-full days.  I saw basically everything/everyone I wanted to within an hour.  I strung it out to make it to the Walking Dead panel and even then I was only there a little over 3 hours (including lunch).  I hope it makes it back next year with either a lot more programming or slimmed down to just a 1 day event. 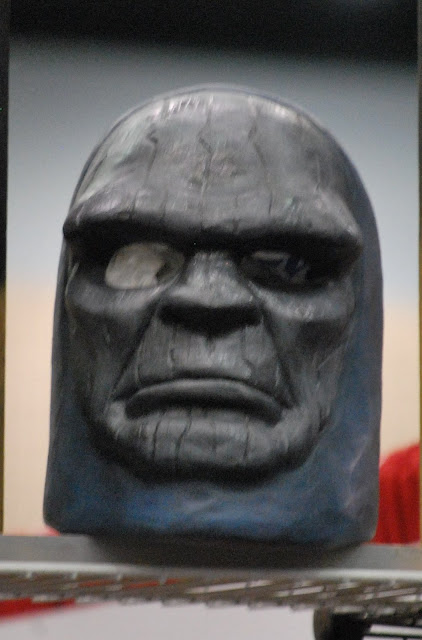 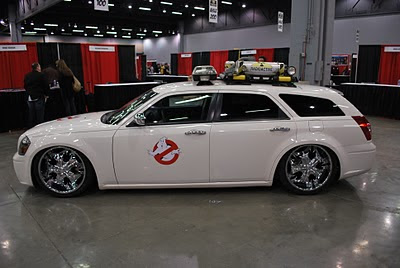 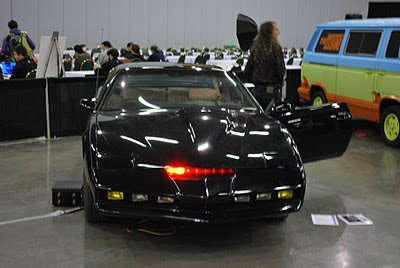 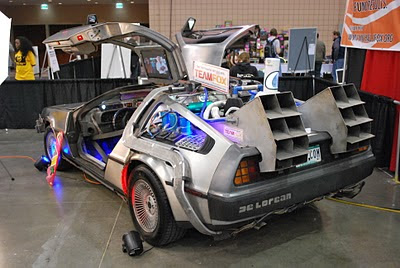 Posted by the belligerent monkey at 8:15 AM